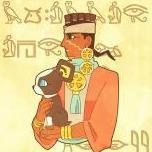 By RifleAvenger, October 1, 2016 in Beginner Mode