This weekend in the world of Guilty Gear sees the 2nd Loketest of the Xrd 1.10 update going down in Japan. You can find all of the details in the official Arc System Works change list PDF here, if you read Japanese. All new changes in the 2nd loketest are highlighted in red, and reversions have been crossed out. All other changes are carrying over from the 1st loketest. Hit the jump for info on how to find English translations. 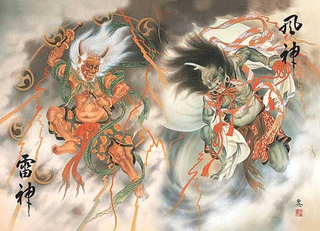 For those not moon-speak inclined, @HiagoXYZ, @hc0519, and @GREATFERNMAN has been hard at work translating the system wide and character specific changes. Be sure to follow your favorite Japanese player's Twitter accounts for their up to date impressions!

Also going down at 10pm EST is the 2nd part of the Kamui (JP Gods) Battle Lobby hosted by Mr. Biscuits. Last week saw Kansai heavyweights (organized by Ruu) such as U-zen, Woshige, Dei, Efute, and Rozu battle it out in a round robin FT3 format, and this week will be more of the same.

This weekend is all about Kantou, and Satou has graciously organized amazing players such as FAB, Fino, Hase, Endou, with the possibility of one more joining. Commentary duties may be done by Zidane & St1ckbug.

Last weeks' footage can be found at Biscuits' Typical East Coast YouTube Channel, and you can of course catch the action live as it is going down on Twitch at http://www.twitch.tv/mr_biscuits.