The team over at Chemical Lovers has undertaken a project to help acclimate beginner players to the nuances of Guilty Gear which seem to hold them back from understanding the core principles underneath all of the flash and fast paced action. 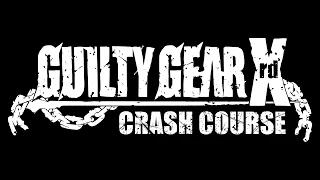 Alongside special consultant Ruu - Japanese GG legend and recent ambassador to the US regarding American Guilty Gear exposure in Japan, the series begins by starting at the most basic principle which is consistent across all games in the genre: Space Control.

Also present is more of an interactive approach in which the watcher is encouraged to participate actively in the process by practicing alongside the video immediately after watching, and also to research high-level match videos and look specifically for the concept in which the video described at length.

Reaching beginner and low-intermediate players has been largely relegated to tutorial videos, and/or short overviews, so this fresh approach of interactive research and application could breathe some fresh new life into the strategy of attracting and keeping new players interested, and helping them to bridge the gap as fast as possible without overlooking fundamental concepts and principles which are essential at all levels of gameplay.

Finally, in an effort to reach as many players around the world as possible, the episode has been subtitled in French, as well as Japanese. You can toggle the subtitled transcripts from the YouTube options at the bottom-right of the video.

Check out the first episode of the series below: