Next GGXrd Character to be Determined by In-Game Voting

As a special announcement, it was revealed that the next batch/round of characters to debut in Xrd will be determined by an in-game voting system, which subsequently means that this voting system will currently only be open to players in Japanese Arcades. Hit the jump for more specific info on this interesting turn regarding your favorite missing characters from the Guilty Gear universe. 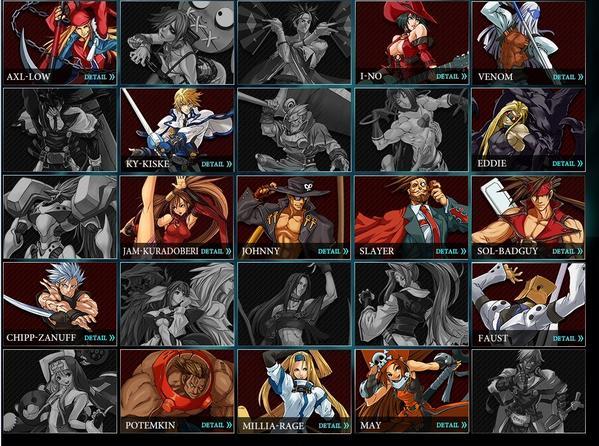 As was explained by Daisuke Ishitawari & Pachi during the stream, the voting process will occur in-game, requiring a player to defeat arcade mode - in which turn they can then vote for their favorite character to appear in the next round of reveals.

Characters which are eligible include every fan favorite that was present in Xrd's predecessor: Guilty Gear Accent Core +R.

As some characters which are noticeably absent from Xrd were extremely popular among the Guilty Gear fan base (ie. Bridget/Dizzy), those whose transition to the Xrd gameplay mechanics would no doubt make for an interesting inclusion (ie. Zappa/Robo-Ky), as well as create potential time/story paradoxes in the Xrd lore (ie. Kliff/Justice/HOS) - this makes the stakes incredibly high.

Players can view which characters are current in the voting polls by visiting the official Guilty Gear Xrd Players Guild.

At this time, it is not known if non-AC+R characters (ie. Raven/GG2 chars) will be included in the voting process or not, nor how long exactly the voting will be open/run for.

Stay tuned to Dustloop.com for updates and information regarding this process as it becomes available.