Titanic normals, titanic range and titanic pressure- all packed into a tiny frame. May is a midrange "bully" character who contests space aggressively.

May's gameplay is defined by her amazing normals, extremely good air mobility, and her oceanic moveset. May loves to take to the air, where her high jump height synergizes well with j.H and j.2H to make her hard to contest. Outside of her air normals, May has a number of annoying moves to demand respect, like her Dizzy-inducing 6P, Restive Rolling, and her Dolphin specials. If May ever gets a knockdown, she can enforce pressure with frametraps, command grabs, Applause for the Victim for okizeme, and ambiguous crossups. In many cases the best plan of action for her opponents is to use FD to try and push her back out, because up close she's really darn strong.

May's toolset is very large and has lots of flexibility, allowing her to adapt her playstyle as she pleases. Some matchups require excellent movement rather than direct attacks to beat options and when she does hit the execution required to turn it into a damaging knockdown is very high. Managing charge can be very tricky even for high-level players, though thankfully the reward for landing a hit is often quite high.

Overall, May is a character best suited for players who love aggression and high mobility.

Need help getting started? Go to this page for information targeted at new players. It covers easy combos, key moves, and what to do after you knock the opponent down.

May does a standard jab.

Floating poke with some throw invincibility. An essential normal for May.

The combination of a high hitbox, decent startup, and easy gatling into c.S > 2D make this one of May's best normals for running her gameplan. Use this to poke effectively and fish for knockdowns.

Strong combo starter, but usually only used in block strings or as a mediocre antiair in neutral.

A great move for beginning May's stronger combos. c.S > 5H > 2D > HHD~FB is one of May's strongest combos and is her BnB with meter. The disjointed hitbox can beat out certain moves at close range.

May extends her anchor out as far as she can at waist height.

May slams her anchor down in front of her.

Ranged, big moderate sized hitbox. One of the slowest dusts in the game, but it has the built in mixup if held down at the proper range.

Mixes with 5D, but both can be properly blocked with an OS

An absurd normal with lots going for it. For starters it has a great disjointed hitbox, which makes good for anti-airing bad approaches. It also builds massive amounts of Stun on hit and can be used in corner combos for relaunches and bigger damage. Conditioning your opponents to fear this move is a great way to help get your gameplan started.

Charged 6P's staple use is in combos to build stun and corner carry while buffering dolphins.

As a tip, you can charge Dolphin while performing this move by inputting 6P and then immediately pulling the control stick back to the 1 position. As long as P is held down, May will continue to charge the move despite the control stick no longer being in the 6 position.

The Max Charged version can be whiff canceled

May slides down on the ground and pokes with her foot.

May slides on the ground head first about 1/3-1/2 of the screen. Works best as either a hail-mary sweep to go under fireballs or as a guaranteed knockdown if May is too far for 5D to combo.

Can be used to low profile or clash with wakeup DPs if spaced correctly.

May does a split and extends her leg out in front of her. Marks the beginning of May's Dolphin Loops or similarly damaging combos at midscreen. Learn to combo this into HHD as best as you can.

Quite fast and more range than j.P.

Fairly slow but has a great hitbox and leads to combos on counter hit. Very obnoxious to deal with for most of the cast, and can be used low to the ground as a combo starter on Counter Hit.

May's best jump in tool which is fairly hard to deal with for most characters. The fast falling speed combined with May's already good control in the air make this a go-to normal for crossing up your opponents on wakeup.

Good at building stun and as an air to air if opponent is above you.

Can be combo'd from by dashing and using Ultimate Whiner.

Has the second best air throw range in the game.

Very slow DAA compared to other characters which means it's easier to bait.
Only useful in a pinch and against a predictable blockstring.

Absurdly silly move which many opponents simply have a lot of trouble dealing with. Some May players center their neutral around this move entirely, and for good reason. Outside of neutral, Horizontal Dolphin is often used to combo off of 5D for conversions and as an ender without meter.

Overhead and knockdown combo tool. Just as silly as the horizontal versions.

Air H version launches May straight down and forwards instead.

Applause for the Victim

May summons dolphins to come hold down the neutral. Space control and pressure tool.

The number of dolphins released (1-6) changes based on the duration for which the button is held. Not holding the button causes the dolphin to release at the quickest possible timing.

May dashes forward and then grabs the opponent (dash looks like her normal dash but slightly quicker). It has a big startup so it's easy to react to.

Used to continue combos on opponents in OTG state.

Changes Horizontal Dolphin from fairly unsafe to very plus. Staple for combo extensions and loops.

Another tool for extending pressure.

Eight hits of Superarmor reversal which is safe on block.

May and the Jolly Crew

A notably good IK. Unlike a lot of other characters, May builds a lot of Stun very quickly. The speed of the IK activation combined with the fast startup of the grab makes this really easy to combo into in a real match off of a Dizzy. Your opponent has to mash hard in order to escape, and even then it might not be enough unless they immediately jump. It's even fully invulnerable for almost 20 frames, so go wild.

To select your color, press the corresponding button while in the designated "color set". Color sets can be toggled through by hitting the Respect button. 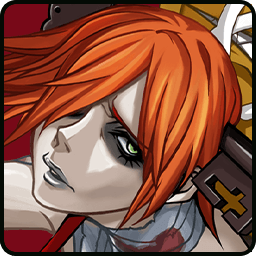 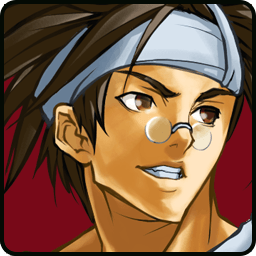 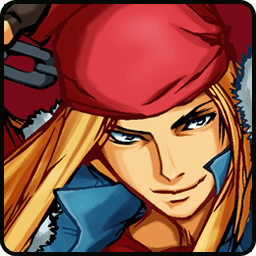 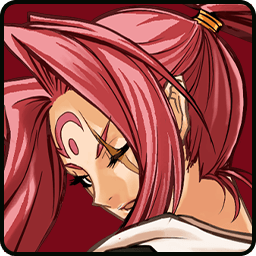 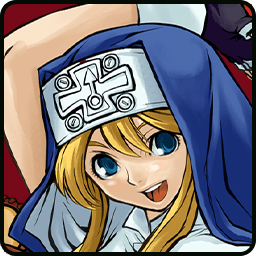 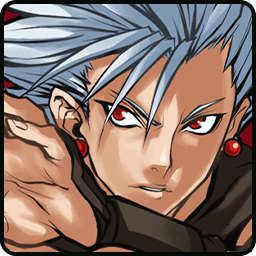 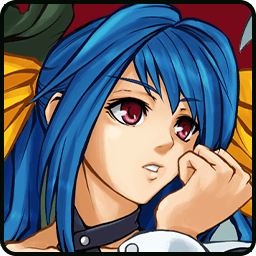 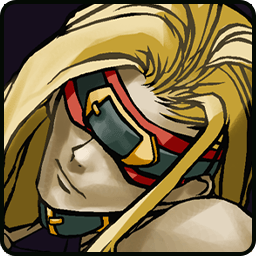 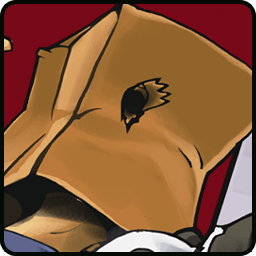 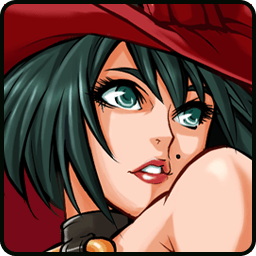 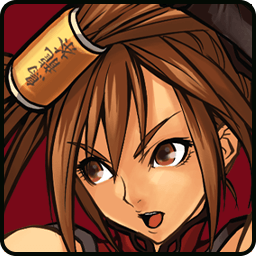 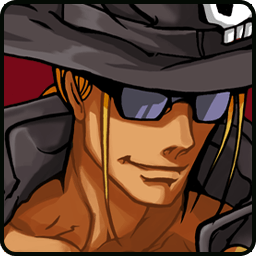 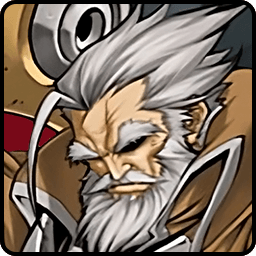 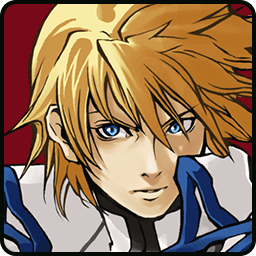 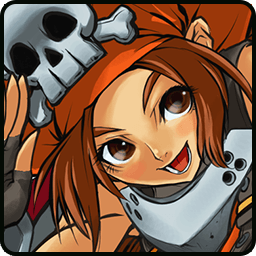 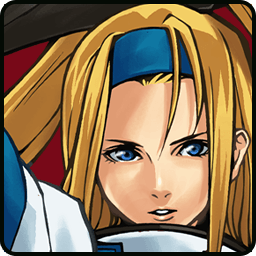 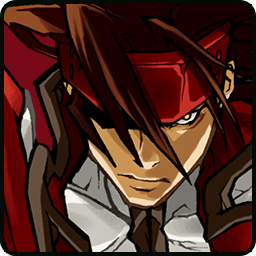 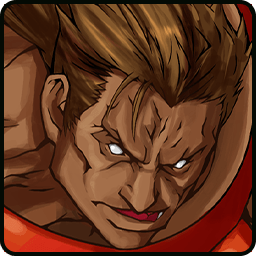 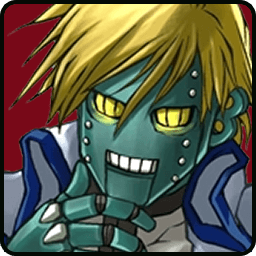 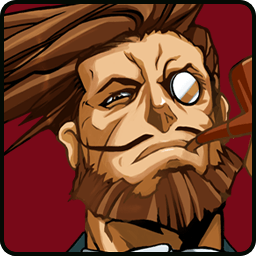 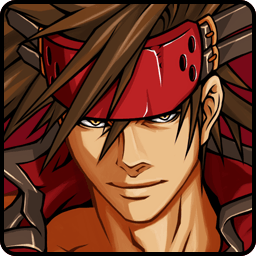 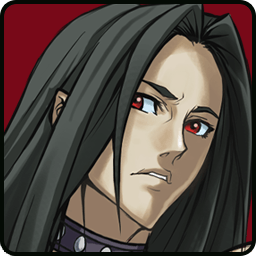 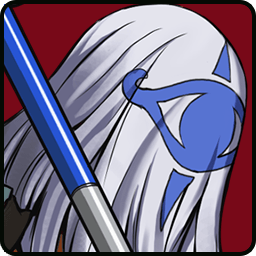 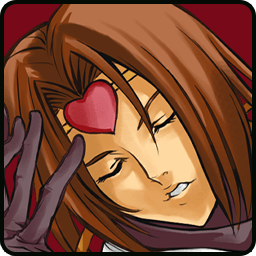