This gauge displays your remaining life. If the gauge is depleted, the round or match will end.

All characters have 420 life, but that doesn't mean each character can take the same amount of damage. Each character has a defense rating that scales the damage they take per hit, and as characters pass certain thresholds of their remaining life they take less damage per hit. See Guts and Defense Ratings to learn more.

Tension is a highly important resource in Guilty Gear. It's located at the bottom of the screen and directly affects what options a player has available at any time. Knowing the features and subtleties of the Tension Gauge system is a definite requirement for high-level play. The Tension Gauge starts every round empty, so don't be afraid to use it all each round if you can.

The Tension Gauge ranges from 0 to 10000 and is divided into two sections, each representing 50% (5000) Tension. The gauge displays one gear for each metered action you can take, for a maximum of two.

Once you have Tension to spend, there are a myriad of options available, whether it be spending large amounts on a powerful resource or small amounts on augmenting your defense. Be warned however, that playing too passively can result in you losing it all.

Full details on how actions modify Tension Balance are currently unknown, but it is believed to function similarly to previous titles. See the Xrd section for details.

After using any Roman Cancel or Overdrive, the amount of Tension any action builds is reduced by 90%. The duration of the penalty varies based on what is used, and begins once the move has fully recovered or is interrupted. Using another penalty-causing action during penalty will have no effect unless its duration is longer than the current remaining duration.

※ Most Overdrives use a standard 180F duration, but a few exceptions exist that use a much larger 460F duration, including:

While almost all moves only begin Tension Gain Penalty from after recovery,

Guard:
Ground Throw: 150Startup:
13+7Recovery:
49Advantage:
is unique and begins it immediately after super freeze, giving it a functionally much lower duration.

A general Tension Gain modifier can take effect depending on distance from the opponent, stacking multiplicatively with other Tension Gain Modifiers.

This gauge shows whether or not you have a Psych Burst available, and if not, how close you are to getting it back.

While at first glance, Psych Burst may simply look like a "combo breaker", there is actually much more to it. There are two different types of Bursts: Blue and Gold. Both have different effects, and understanding how each can be used is crucial to high-level play.

plus any other attack button with a full Burst Gauge. The Burst will blue or gold depending on what the character's current state. The differences between each are described below.

The Burst Gauge starts the match 100% filled and it is carried over between rounds; if you use your Burst at the end of one round, you will be waiting a while before you can use it again. Using a Burst will deplete 2/3 of the Burst Gauge, however, if you perform a Blue Burst and it fails to hit, the entire gauge will be depleted.

The less life a character has, the faster their Burst Gauge builds.

The amount of Burst Gauge gained by getting hit is proportional to the base damage of the attack, increasing by 5% per hit in the combo. The full formula is given below:

Some attacks deal additional scaling when used as the first move in the combo. Subsequent hits in the same combo will have an increased hit count value for Burst Gain calculation.

This gauge shows your current R.I.S.C Gain, which builds as you block the opponent's attacks and depletes as you get hit. As long as the gauge isn't empty, you will continue to take unscaled damage from attacks, even in a combo. When the gauge is full, you also run the risk of taking a powerful R.I.S.C. Counter Hit. See here to learn more. 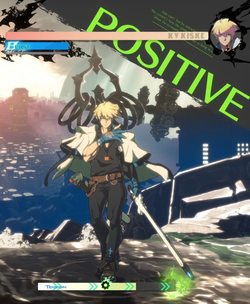 By breaking the wall or maxing out Tension Balance, you enter Positive Bonus state, during which "POSITIVE" will appear in the corner of the screen next to your character's portrait, denoting Positive Bonus, and the player will have the following buffs for 10 seconds (600 frames):

Needless to say, this is an extremely powerful state, allowing the player to build a huge amount of Tension and spend it all without fear of Tension Gain penalties. This creates situations where you can conceivably pressure the opponent and then continually Roman Cancel or Overdrive to extend that pressure, or open the opponent up and still have Tension to spare on converting the hit into a full combo. Even if you are put on defense, the enormous Tension Gain and reduced damage taken makes it much easier to escape pressure and avoid being defeated. 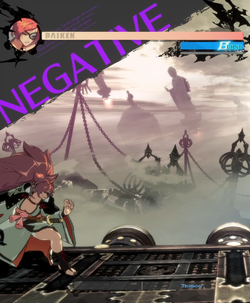 If a player consistently attempts to walk back, backdash, or air dash backward at range from the opponent (or sits in one place and does nothing), "DANGER" will appear in the corner of the screen next to your character's portrait. If the player still keeps avoiding all types of contact, "NEGATIVE" will appear, denoting Negative Penalty, and the player will lose all stored Tension and will have Tension Gain Penalty for 600 frames. 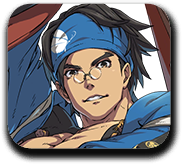 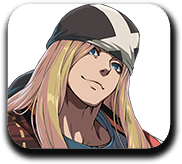 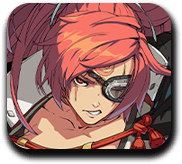 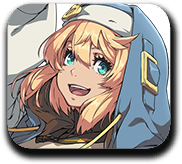 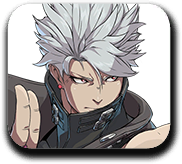 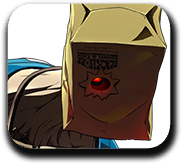 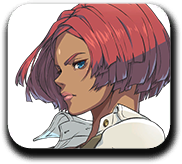 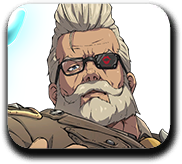 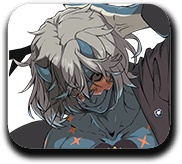 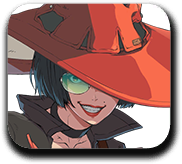 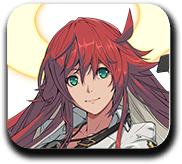 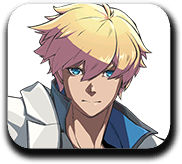 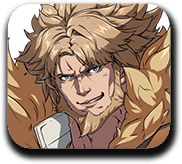 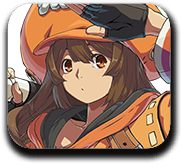 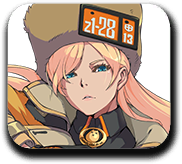 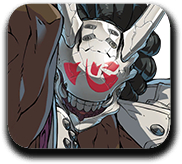 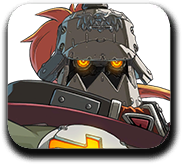 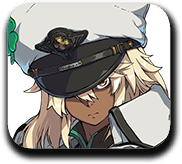 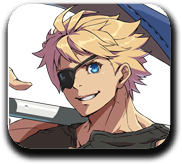 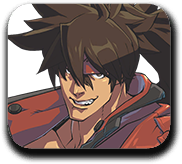 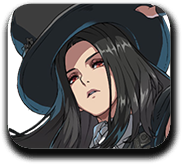 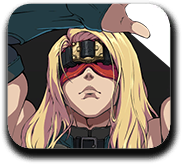