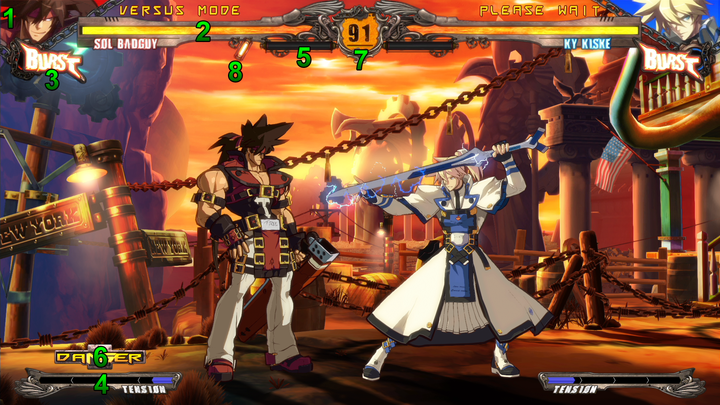 This gauge is consumed by Psych Bursts and Burst Overdrives, but is regained over time or whenever your opponent hits your character. You start the match with the gauge full. After using a Psych Burst, the flame icon next to the text "BURST" will turn blue and gradually fill up. An X appears over your character when you attempt to burst when the gauge is unusable.