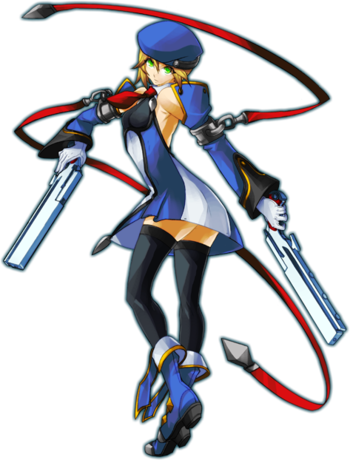 Noel Vermillion is a lieutenant of the Novus Orbis Librarium who is assigned to return the AWOL Jin Kisaragi to his post, and a playable character in Calamity Trigger and Continuum Shift. Noel also serves as the main heroine of the series.


Chain Revolver puts Noel into a new state which changes all of her normals into unique gun-slinger style attacks. She can string together a chain of up to four different Chain Revolver attacks by pressing either 5A/B/C or 6A/B/C before she has to either stop and reload or use one of her three Chain Revolver enders (Bloom Trigger, Assault Through and Spring Raid). However, Noel cannot chain any two identical Chain Revolver attacks in succession and she also loses the ability to block while in this state, which leaves her very open in the event that one of her attacks miss. Careful and effective use of Noel's Chain Revolver will be a key part to playing her and leads to her most rewarding combos.

All attacks can be blocked with aerial barrier unless stated otherwise. 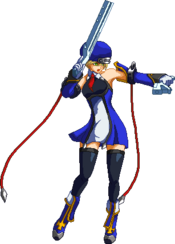 Noel's fastest normal move, if timed right it can interrupt a lot of other attacks, it's main disadvantage though is it's range, you need to be extremely close to your opponent for it to connect.

Another big plus about 5A is the fact that it hits crouching opponents of any size, most characters do not have a 5A like that.

5A can sort of be used as an anti-air, but since it's hitbox is small, it's a big risk, this should only be done when an opponent is low enough to the ground, since a well spaced air attack will stuff 5A easily, if they are low enough, 5A can hit they out of their attack before it even comes out.

5B is Noel's main spacing tool, since it is quick and has a pretty decent range.

The main goal of using 5B for footsies is to fish for Counter Hits, since on CH 5B will combo into 3C or Optic Barrel for a combo, be careful with the 3C combo though, since if you don't confirm correctly and your 5B wasn't a CH, then 3C can be blocked and punished, so it's better to go with Optic Barrel just to be safe.

5C can also be used for spacing, but it is much slower, so it's effectiveness comes from it's hitbox, it has a much bigger attack hitbox than 5B, and during it's active frames Noel's hitbox ends at her shoulder, so it's really hard to stuff.

However, 5C is slower to startup and recover, so if it is jumped over you may not have time to defend, along with the fact that 5C is also a projectile, so anything with projectile invuln will beat it out clean, like Tager's sledge. So take care in using this, and don't be afraid to instead use 5B to be safer.

One of her best normals. 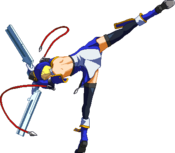 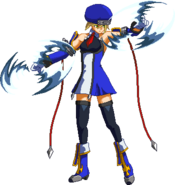 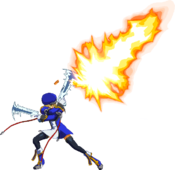 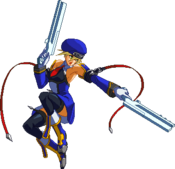 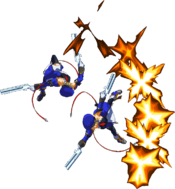 Not really used for much...

Only really used in combos... 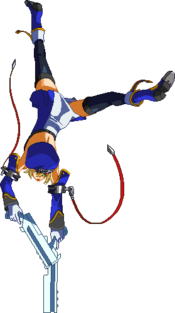 A must for drive "pressure" 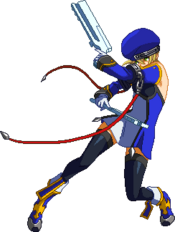 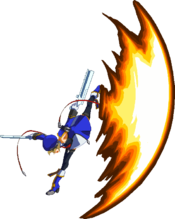 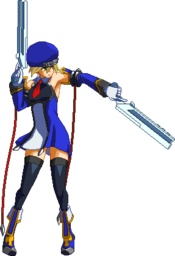 Best when used in the corner 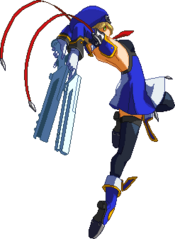 Can be followed up midscreen 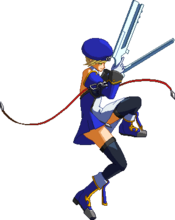 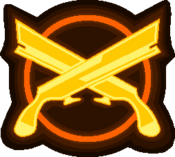 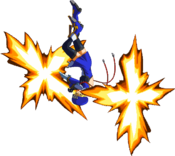 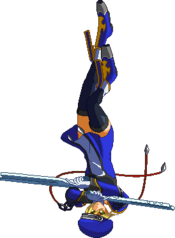 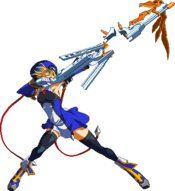 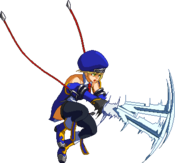