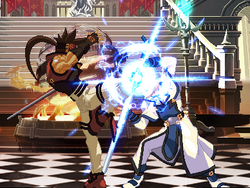 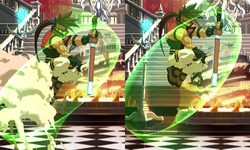 Fuzzy Jump on Wakeup or after Blockstun[edit]