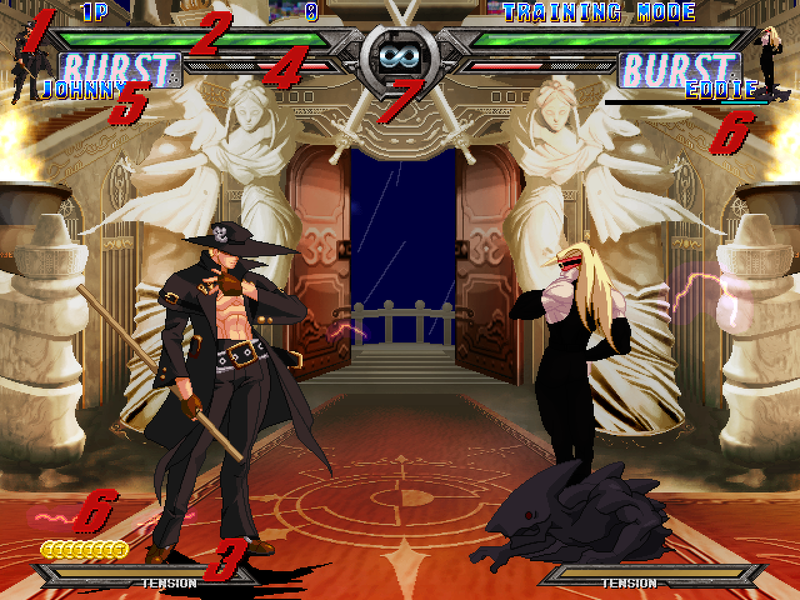 Guilty Gear XX and #Reload use the character's current active sprite as the portrait.

The Guard Gauge goes up as you block attacks and goes down over time or as you get hit. Once it is raised high enough, the bar will flash and any hit taken will automatically become a counter hit!

Character specific resources will be displayed here. Examples of this include Johnny's coins and Mist Level or Eddie's Shadow Meter.

Each round has a set time limit. If the timer reaches zero, then the character with the most life is the winner of the round.

Each round you win will be tallied up here. Usual matches are decided by best of 3 rounds, but can be adjusted in the settings.

The combo counter. The GGXXNET online play mod has a feature that makes it such that during an invalid combo the word BEAT turns dark.