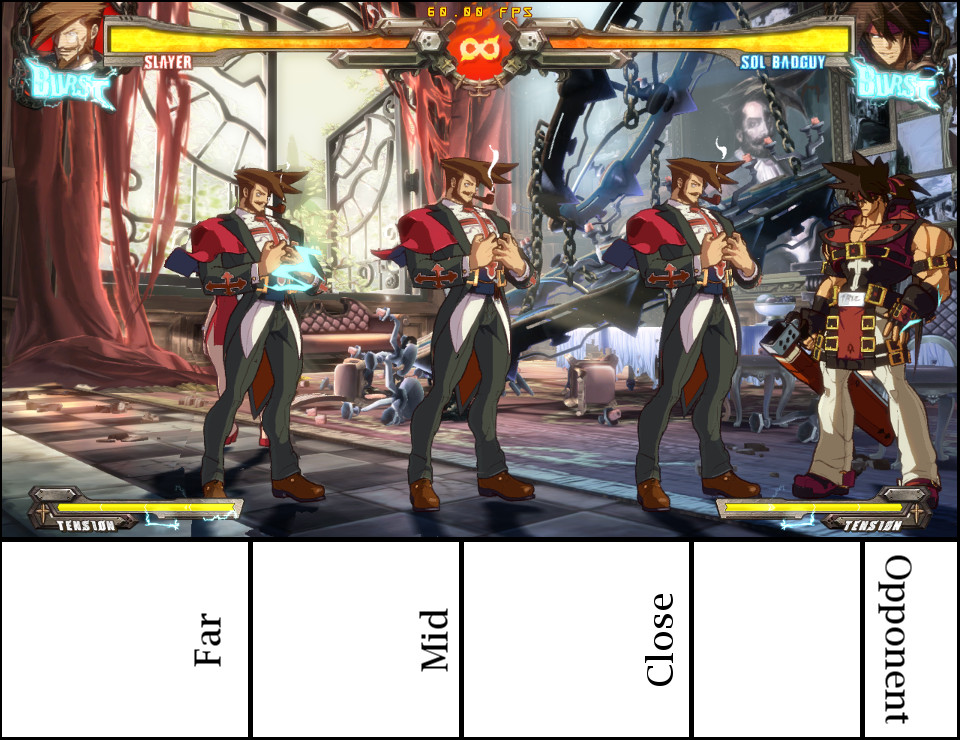 Many of Slayer's best attacks have below average range and his movement is relatively restricted. Specifically, Slayer's backdash has very long recovery, he cannot cancel his forward dash into FD or normals, and his airdash length is shorter than average. On the other hand, Slayer has very strong counterpokes and close range pressure. Effective spacing with Slayer is all about moving into ranges where you are able to take advantage of these strengths and force the opponent to take risks to beat his counterpokes.

Slayer is strongest at Close and Mid range.

Moving between Close and Mid range

The Importance of FD Jump[edit]

BDC jump often allows Slayer to avoid attacks, but attacks can still catch the beginning of Slayer's jump. Slayer can BDC during any string with a gap, but these strings often use air unblockable moves that must be blocked in the air with FD. Basically, you will want to add FD to every BDC jump input.

Back jump is both wider and taller than neutral or forward jump. FD jump is the smallest and has the same hurtbox in any direction. To maximize the power of BDC jump, you must add FD!