Amane is a young man in a pink kimono and scarf who travels around to gather a troupe of young and handsome men. He is seeking to add Carl to his traveling troupe. 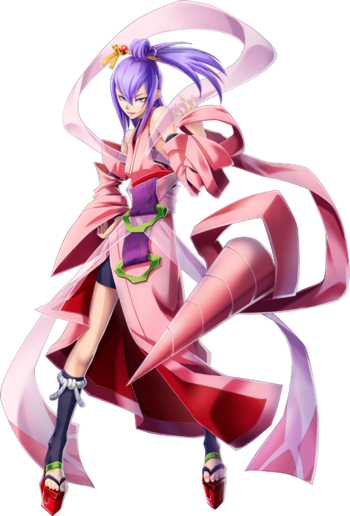 His Drive attacks turn his cloth into a drill, with which he can use to attack his opponent.


Some general information on Overdrive (OD) as it is a new system mechanic in Chrono Phantasma: