Some characters like Tager do not have dashes, while others like Hazama may have unconventional dashes. Other characters have unique forward steps that require a

Backsteps have a bit of invincibility on start-up, but have lots of vulnerable recovery, making them useful tools to avoid attacks but punishable. 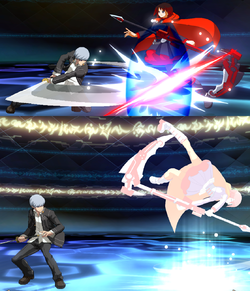 Some attacks place the opponent in a crumple state such as Hakumen's ground throw. The crumple state is vulnerable to attacks and after a period of time you will fall to the ground if you do not recover. Crumple recovery takes 8 frames.
If you are attacked during the recovery, you will be automatically block the attack high/low as appropriate. However, if you are thrown during frames 6-8 of recovery, you will be considered out of hitstun, and can be thrown! If you are thrown by a command throw during frames 6-8, it will be inescapable, so watch out!

when hit in the air 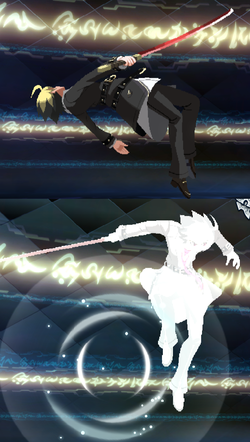 Quickly change to your partner character, allowing your previously active character to recover on the sidelines and gradually recover any lost red health. Duo Change has some recovery for the incoming character, so using it haphazardly while close to your opponent will lead to your incoming character getting punished. 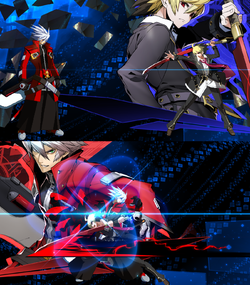 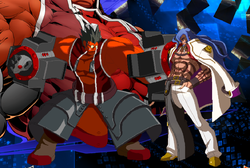