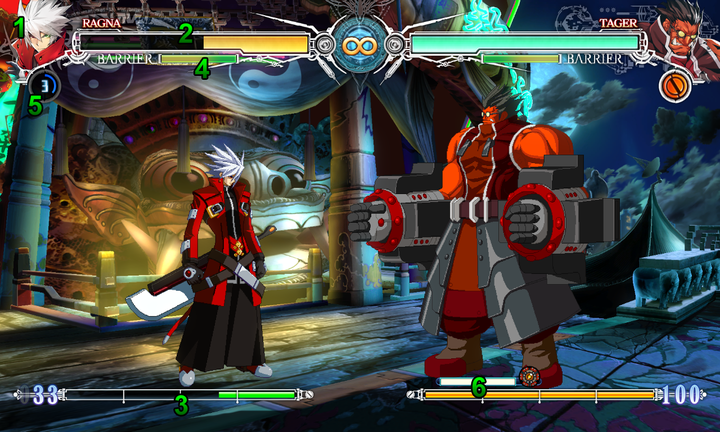 The bar will change colour based on how much heat is available to indicate at-a-glance which heat-using moves are available:

Your Burst Gauge. Consume a full Burst Gauge to perform Bursts and Overdrive. The number In the center is an approximate percentage (in 10% increments) for how full your Burst Gauge is. Active Flow status is primarily shown here. In CF2, the entire HUD on your side of the screen glows purple while in Active Flow.