A Sector Seven scientist turned blob after insane exposure to the boundary, now with thousands of bees inside of him, he haunts the city of Kagutsuchi in search of the Azure. In terms of Gameplay, Arakune is a very awkward character with awkward attacks, awkward movement, and an awkward playstyle. The main goal is to put your opponent in a "Cursed" State and deal big damage along with extremely safe block strings, cross ups, mix ups and even an unblocklable here and there. This is the offset to a very weak character without curse with lackluster pressure and mix up, and mediocre and predictable defensive options.

Drive: Zero Vector
Zero Vector is the system that calculates curse meter, how much is needed to curse an opponent, what attacks inflict how much curse meter (more details on this below), how long curse last, how much is taken per bug and the cap of meter gain after curse ends. During curse, Arakune can summon a variety of bugs that helps his pressure, comboability and damage. Curse lasts for roughly 30 seconds with no summons. Each bug has a cooldown before it can be summoned again (more details on this below) and Arakune cannot summon bugs when he is taking damage or in blockstun (but he can summon bugs in the few frames that he is not in blockstun in usual blockstrings). When the curse gauge depletes while bugs are hitting the opponent, any attempt to rebuild curse meter will be capped at 50%. There is no cap if bugs hit the opponent after the gauge is already depleted.

Overdrive: Crimson Depths
All drive attacks (and specials that build curse meter) will add 100% curse on hit, 50% on block during pre-curse. If Overdrive is used during curse, the period that the opponent is cursed will be extended for the duration that Overdrive lasts. Arakune's distortion drives will also apply more hits and do more damage.

Some general information on Overdrive (OD) as it is a new system mechanic in Chrono Phantasma:

Arakune is one of the characters who rely heavily on their Drive effects, Arakune's play is set into two different phases, Pre-curse and Curse. During pre-curse, the goal is to curse the opponent, so it is essential to include or end your combos with a D attack (or a special attack that can serve as an equivalent) to gain curse meter. The curse gauge is set at 0 at the start of every round and has a maximum capacity of 60000.

Once the curse gauge reaches 100%, it's time to summon bugs, these bugs change the entire scope of Arakune's combo potential, creating a variety of options off of the simplest hits. Although powerful, not invincible, All bugs vanish if Arakune takes a hit, and there is a cool down between summoning of the same bug. The fun stops when the Curse gauge depletes. The 60000 points of curse goes down at a rate of 30 per frame, which amount to a little less than 33 seconds without summoning bugs. Do what you can during that time, with good execution, you'll be happy about the outcome.

Each bug is summoned by releasing it's corresponding button (A, B, C, D). Hold left or right to alter the bugs horizontal summoning position/trajectory. Keep in mind that bugs now use up curse meter, see below for specific amounts. 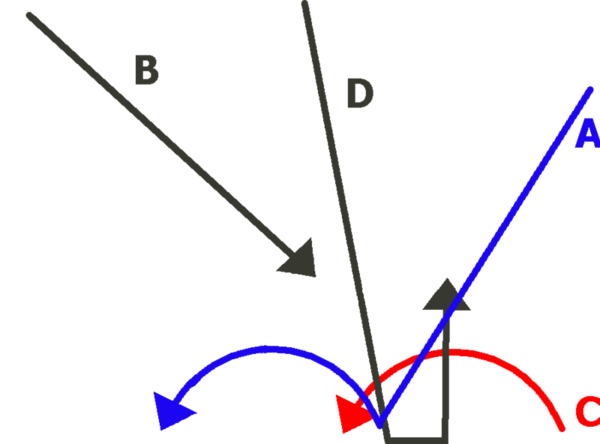 For more detailed information on Arakune, check out the "Technical & Gameplay Discussion Thread". The general idea of Arakune is to be passive-aggressive pre-curse, and very offensive during curse. More specifically, pre-curse strategy is to be evasive and pick your moments to be confrontational. Once curse is active, you should be in your opponent's face planning to make a joke of their defenses.

Arakune's offensive game revolves around making a few small hits count towards gaining curse meter, your neutral is to either evade your opponent or zone your opponent, zoning your opponent is beneficial because it either forces them to approach or keeps them away, afterwards, or sometimes beforehand evasion is necessary. There are characters who Arakune can't zone or evade without staying at a disadvantage. These are the times Arakune is forced to approach. You can use your air dashes, forward dash and command dashes to safely close in on the opponent and use your best judgement to prevent them from escaping. At times blocking is necessary.

Arakune's defense is very weak without meter, your best option is to block and/or choose the right time to backdash. Evasion is your best defense, as you can punish moves on whiff easier than you can on block. If you can help it, evade before blocking. With meter you have 236236c (f Inverse) to punish presumptuous pressure strings or meaty oki. You also have Arakune's Counter Assault at your disposal to return to neutral.

> = Next notation of attack
j. = jump.attack
sj. = Super Jump.attack
DC = [1]
RC = Rapid Cancel
IAD = Instant Air Dash
(N) = Only use the Nth attack of the move (for example, if j.b(2) is written, you only use the first two hits of j.b)
(text) = (Details of the combo)
Red text = Lists optional notations.
Green text = Requires heat in order to use the combo, heat is specified.
Yellow text = Fatal Counter combo

Each combo goes under a set of assumptions based on how much curse meter you've accumulated thus far.