Each character has autocombos which are started by

and repeating the input to continue the autocombo. Most characters also have an autocombo on

, and some even have it on

! Check each character's page to see what autocombos they have.

Most autocombos have unique attacks that can not be accessed any other way. 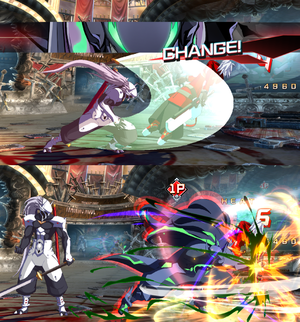 Smart Combo to activate Cross Raid. You will switch characters, dealing 500 damage, then do a combo ender dealing another 1000 damage that also places you in the powered up state, just like Active Change. Cross Raid can only be used if your partner is available, and uses up all of your Cross Gauge (though you can use it even at 0%). 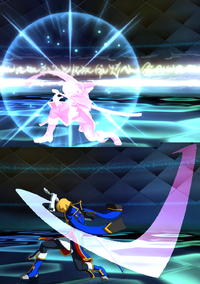 while standing to perform a Clash Assault. A Clash Assault is a universal overhead that with a special unburstable follow-up combo on ground hit. The entire sequence does a good amount of damage on its own and is one of the few options available to all characters to break an opponent's guard so it can be useful. However, most Clash Assaults also send the opponent a fullscreen away, resetting the situation back to neutral. 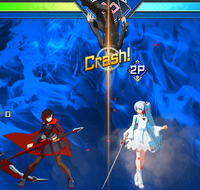 During the follow-up combo, a notification will appear with "Crash!", indicating that you can input 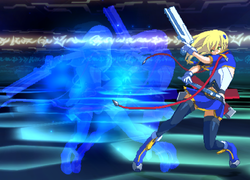 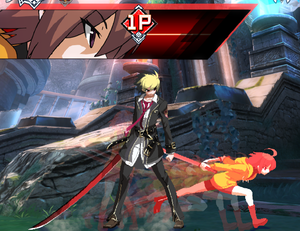 . Consult your character's overview page to learn what Partner Skills they have and decide how best to use them. Also, after performing their Partner Skill, your partner will remain on the screen for a bit of time, essentially locking you out from using them again for a small period of time. However, during this period, you are still able to activate Cross Combo. 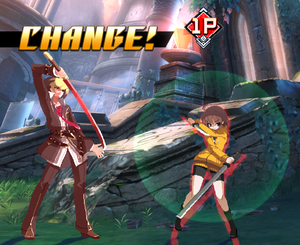 during a Partner Skill to switch characters - your partner will strike a pose, after which control will switch over to them. Your character will gain a red/blue aura after changing, Powered Up State. Active Change does not occur until the 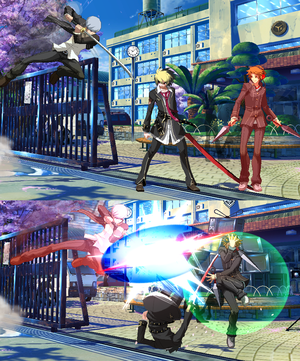 Hold back - no wait, the other way! 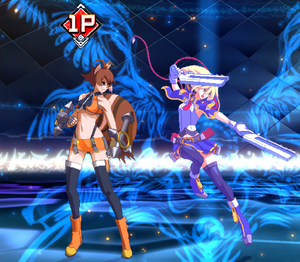 during a Partner Skill. Cross Combo allows your partner to remain in-play and use additional Partner Skills. This requires at least 50% of your Cross Gauge and will act as a timer for Cross Combo. Getting hit ends Cross Combo immediately. Cross Combo has startup/recovery of 0+0.

While Cross Combo is active, your partner will do a Partner Skill whenever you press

to have your partner hit the opponent to extend the combo.

at almost any point to do an Active Change, allowing lots of versatility for creating mix-ups and combos. 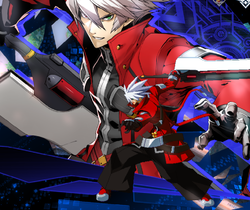 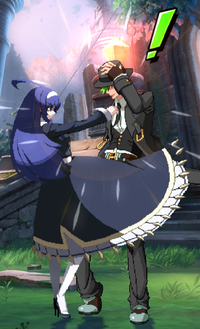 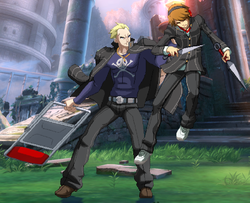 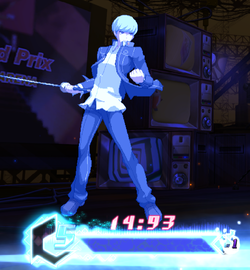 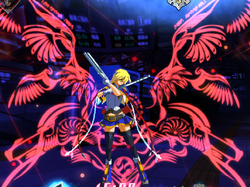 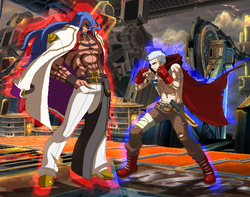 When you have this buff, your character will have a silhouette (red for P1, blue for P2)

After an Active Change, Extra Assault, or Cross Raid, your team will enter a powered up state where you gain a few passive buffs: