Baiken - significant changes to the game's visuals and camera, a complete rebalance of the cast, expanded story content, and new stages. REV 2 also received an additional rebalance in Ver.2.10 which introduced further changes to the cast. 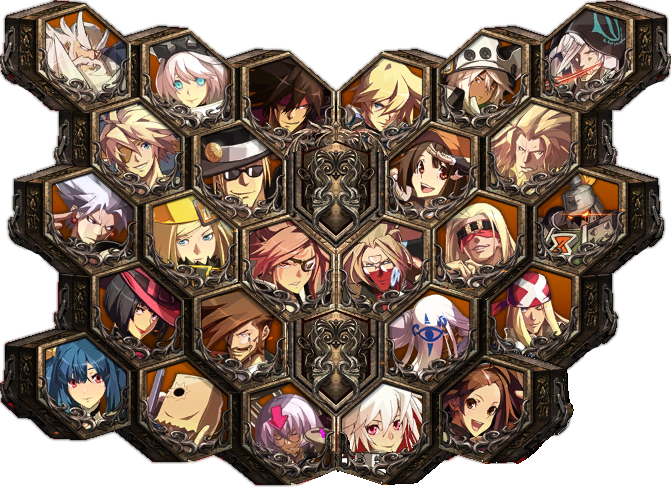 Chipp Zanuff's dutiful secretary and is a ninja dressed in a business suit. He can throw business cards and teleport to their location or make shadow clones attack from their location. He can also set scrolls in the air and use various moves when hanging from them.

Baiken returns from the XX series. She is a ronin with one eye, one arm, and a grudge against That Man for creating the Gears that maimed her and killed her family. Baiken has the unique ability to cancel her guard into attacks for free, forcing opponents to attack her in more unconventional ways.
Tier Lists

Although there will never be a 100% consensus on the exact tier list, the overall relative strengths are generally agreed upon by the majority of the community. Note that REV 2 is generally agreed to balanced enough that characters considered weaker can still succeed.

Characters are not ordered within tiers:

Patch 2.1 included singificant changes to many members of the cast. For full information refer to this change log.
For a list of changes from -REVELATOR- to Rev 2 see this change log.